With some delay comes this article. We are sorry for that but recently we spent a lot more time with our Changjiang 750 than with any other important issue. Let me start with the final assembly:

On Monday, March 24th I arrived in the place which is gonna be my new home for about five days. 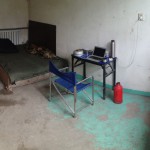 living in the workshop… 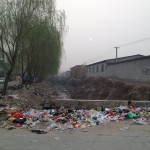 How to get rid of garbage 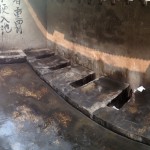 For the intrepid soul: bathrooms in the Beijing outskirts

It is in the outskirts of Beijing. Between the 5th and the 6th ring road. Everything which remembers me about Beijing out here are the car’s license plates, the Beijing breakfast and the Beijing dialect. Nothing else. The bathroom picture is taken from the boy’s bathroom. I cannot say for sure how the girls bathroom looks like, but I assume it is the same…

This is the place our motorbike will soon start a new era in its life. This place is owned and run by Mr Zhang (张继镇). He is the guy when it comes to Changjiang motorbikes in Beijing. Whenever you talk with him you feel that he is one with this motorbike. Mr Zhang was so generous to let me stay at his workshop for the time of the assembly and adjustment of our bike. He always made sure that I am as comfortable as possible. He was a great host and always invited me for breakfast. 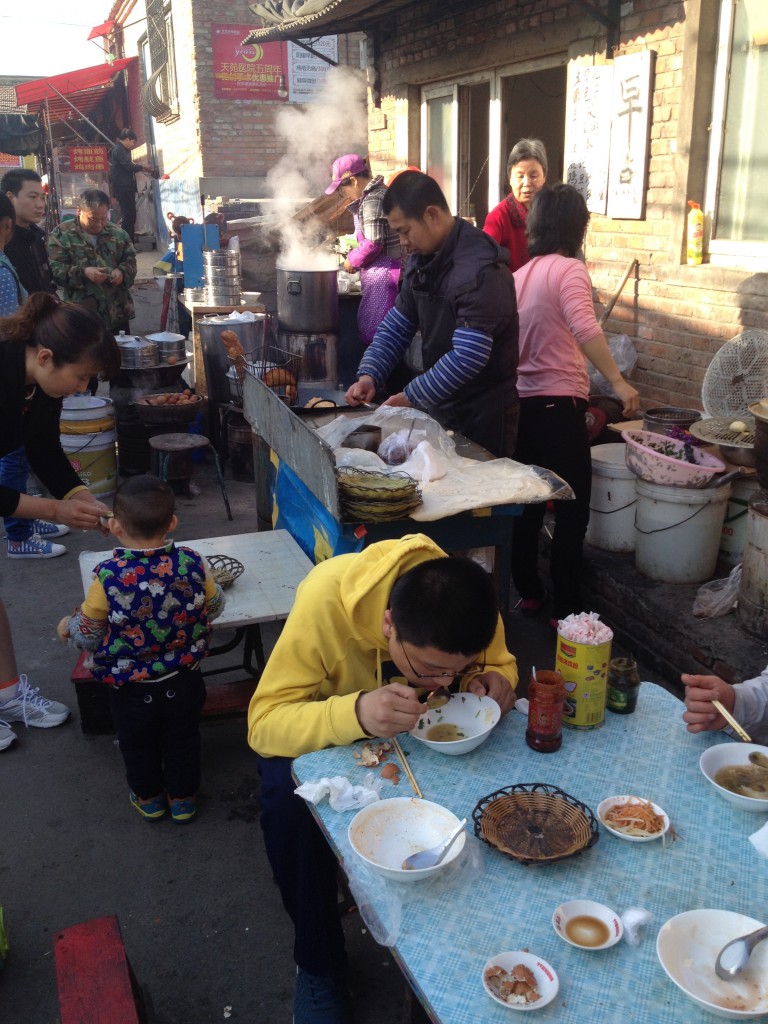 Breakfast place near the workshop

I feel like in slow motion out here. Compared to the city everything is slower. Life, cars (…maybe not the cars), work, people. If I take a closer look I am sure I will find the clocks ticking a little slower as well.

Coming from Hong Kong back to Beijing, this is like an extreme! But being here is also a good exercise for myself. It raises the question why we need all this speed. Do we? Why not having an international day for slowness? …oh, I guess I am off-topic now!

So on Monday I had a lesson in patience first. I arrived at noon and thought I was late already. Then I saw that nobody was really working. Everybody was busy with something but it didn’t look like working. Then finally in the evening after 8pm we started with the bike. The mechanic, Xiaolin (小林), was working on the wiring until 10pm (people here work seven days a week), and Mr Zhang professionally dissected an old gearbox with me to show me how it looks inside and what parts can wear out. 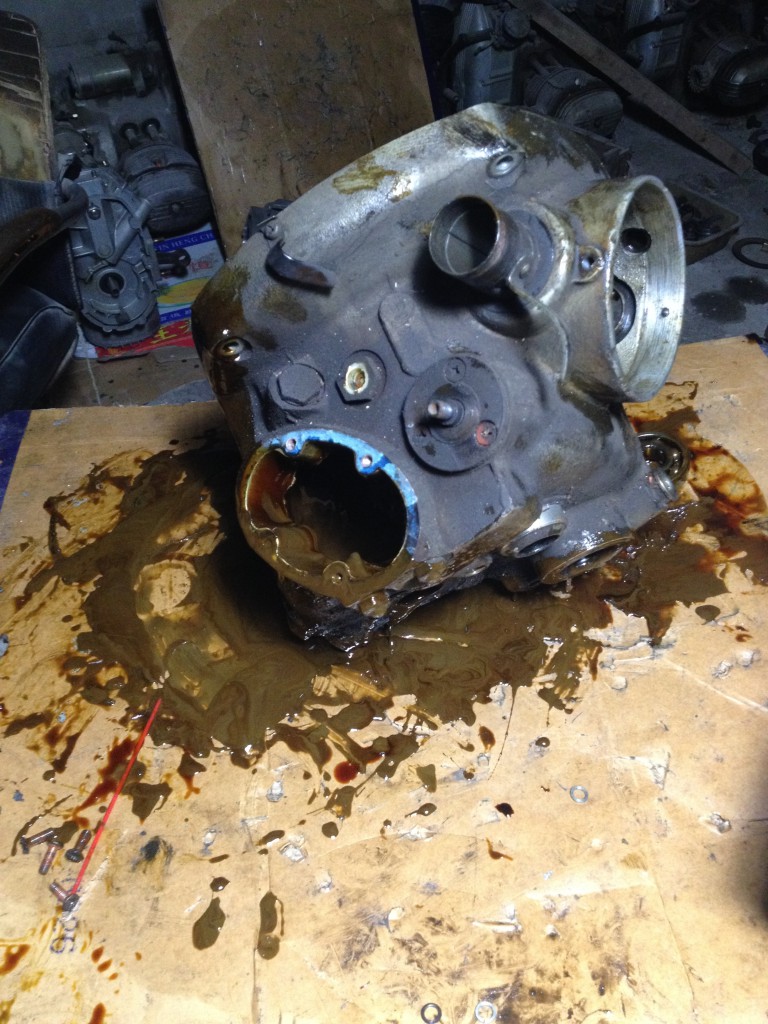 used gearbox for Changjiang 750 after dissection

I imagined this gearbox is like a Sea-cucumber. Instead of throwing its inner organs to the enemy as last line of defence, the gearbox spit out some very nasty old oil. Even crude oil would be jealous about how hard and sticky this stuff was. What we pulled out was a wonderful assembly of cogwheels, bolts, shafts, springs and things I don’t dare to name. The most surprising part of this exercise: With some miraculous cleaner Mr Zhang made this old greasy gearbox look like a new one in 20 minutes.

It is Tuesday Morning and I am 25min late. But thanks to another mechanic who made his point that he wanted to go for a breakfast, I was up and running in 2min! Breakfast the lovely Beijing style. Due to my missing Gall bladder (last weeks operation) I just didn’t dare to touch some of these yummy Youtiao [油条]. The name already has it: You = oil. Tiao = sth long and narrow; stick. It is a deep fried long dough stick. So instead, I had some rice soup, and some small pieces of typical bread. All together for RMB 3,-.

After our Changjiang 750 was with wheels, we could bring it out to see some daylight for the first time. Here a little video:

Finally the assembly took some days longer than planned. But maybe because I never got tired to repeat that I rather like to get a better quality and they should take the time they need. So they took me by the word. Eventualy we could finish the bike in the following week and I was almost sad that I had to leave.

Here are some more impressions about the Changjiangs assembly: 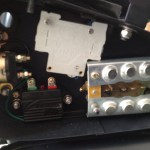 Electric Box of our Changjiang 750 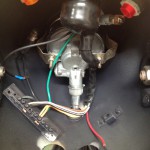 Detail view of the head lamp before the wiring is done 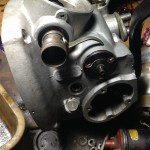 Gearbox for Changjiang 750 with reverse gear 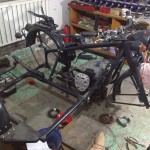 Our Changjiang 750 during assembly 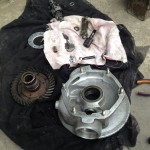 disassembled rear gearbox of the Changjiang 750 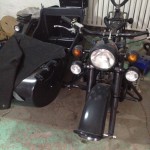 Changjiang 750 with sidecar box during assembly. 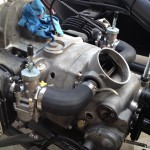 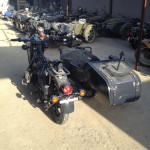 Our Changjiang 750 first time out of the assembly room 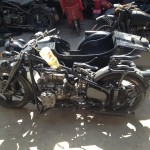 For our first trip we thought it might be a good to go in a group. So in case something happened, there were enough people who could fix a problem. Changjiang 750 is new for us and therefore we felt much better! The trip was nice. We met quite some new people and Jackie organised it quite ok. Apart from the fact that this weekend was a public holiday and everybody was on the way, it was good.

But soon after that, we decided to have our own tour! The next weekend came closer and we had plans for one day. Checking out our Changjiang 750. Carefully. We took some preparations, had the gas canisters and the water canister filled and with us. Some cooking gear and some yummy food. All in all not too much. 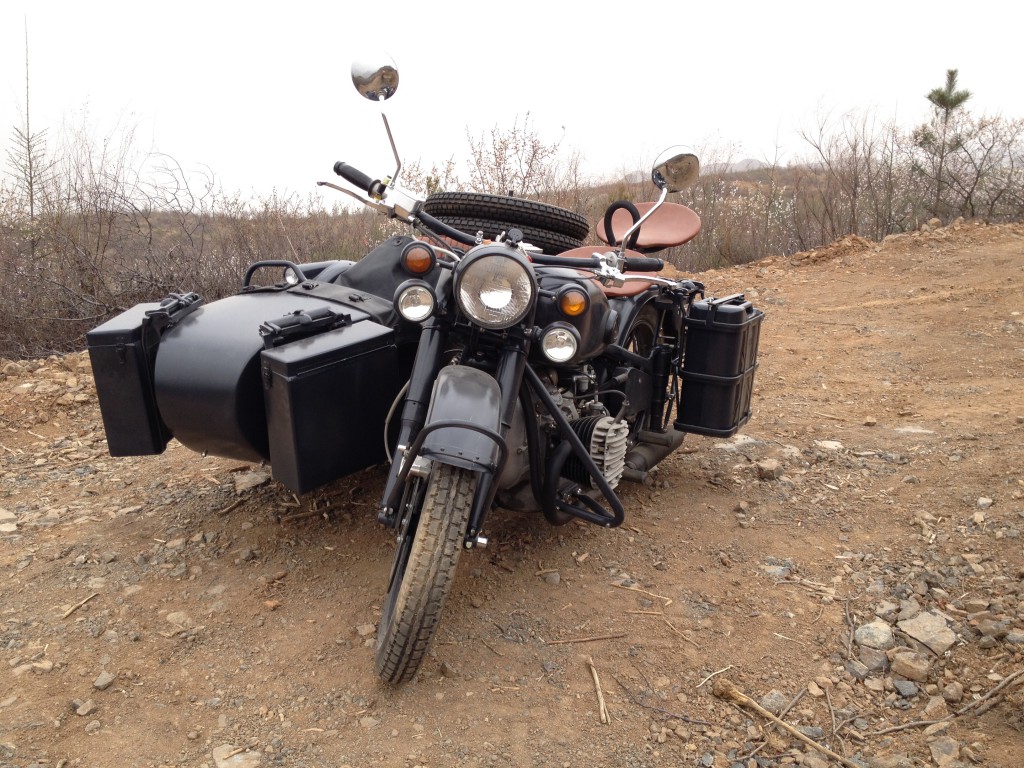 Our Changjiang 750 for the first off-road test

We finished our breakfast outside and found a quite nice area to explore. Unfortunately after a while, no matter where we went, there was always a barrier on the street with some annoying people to tell us, that we cannot go further. We always heard some other reasons. Even during a conversation, there were a great variety of reasons. Fascinating this flexibility! After the last barrier we decided to go back home but found a small area with dirt roads. The dirt was sometimes harder sometimes rather loose. We decided to see what our Changjiang 750 with street tyres can do. I would not say, I was disappointed but I have to say it was a good exercise because I started to see this machine in a more realistic light. On a loose dirt slope I tried to start and get going, but no chance. I tried to approach the slope with some speed. I always ended up in the bushes or digging the wheel in the ground. The last approach made it and I got up the slope. With a lot of effort and on the way there I got my leg a little injured. My stupidity…

Our first impression is that even the Changjiang 750 is an amazing bike, its ground clearance is very low for off-road driving. More exercise will follow…

On our first 2-day-tour, we decided to go to the Miyun (密云县) area. Until Miyun we went on the highway to get out of Beijing fast. From Miyun we followed small roads as we liked it. Of course the highway is quite boring but for Kathy it was an excellent opportunity to extend her night sleep a little…

We ended up ways north of the Miyun water reservoir and found a lovely small and narrow valley for the night, got ourselves 2 bottles of beer in the nearby town and set up the camp. The valley was completely silent and the stars were magnificent. Before we went to bed, I could see a satellite passing by. 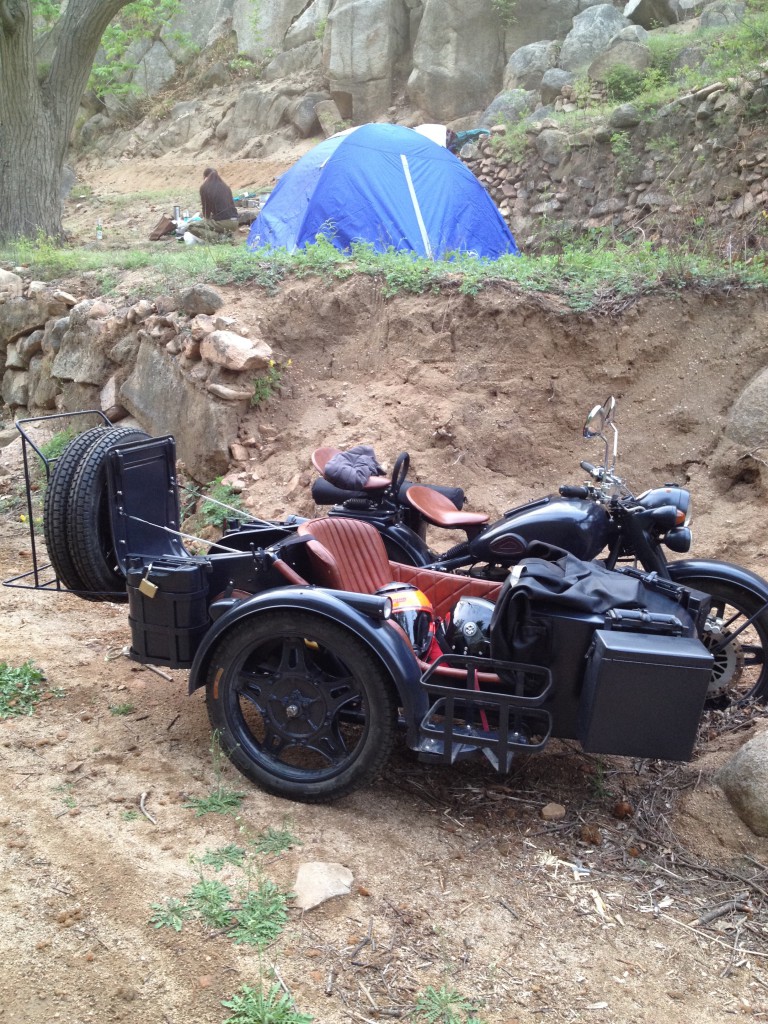 Changjiang 750 with camp in the background

It was Kathys first night ‘alone’ in a tent outside. So it was quite an adventure for both of us. But overall it was a very enjoyable camp stay and night. The only thing missing was a possibility to sit and a table. Now we are evaluating if we somehow find something suitable we can pack on our Changjiang 750.

On the way home

The way home was lovely and smooth. Roads were empty and after we left all those new 6 lane highways through this lovely landscape, we had a great time. Specially me as driver.

I can only guess wildly about why the Beijing suburbs this sort of highways. Apart from bringing the townsfolk into this nice area, I guess this is one reason to keep the workers occupation and let people earn money. If road and building construction decreases I believe the country will run into one problem more

Talking about problems: here is another one: 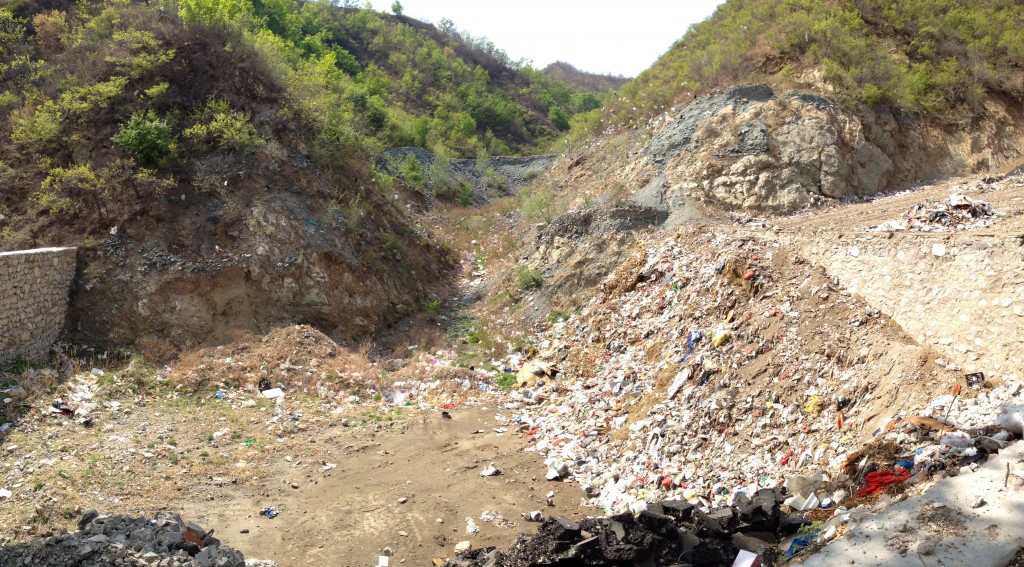 Just after a pass we saw this garbage dump directly beside the road. Wild and dangerous. But who cares? We need to dispose all the junk we don’t need anymore! And look at this lovely valley. It is like perfectly made for a big pile of garbage. Lets build a wall (on the left side) and then fill it up. This valley, I am sure, will carry water in case of rain. Agreed, there is not much rain in Beijing anymore. But in case there is some, I am sure the water further down the valley is just a paradise for laboratory technicians. They can trace all kinds of substances in the water and it should be very easy to detect them.

Blessed are the mentally poor (I know this is a little adapted) since they don’t know that someone shit on their plate. But combine this with the mentality of Chinese government officials and we have a very dangerous combination.

Ok and here is a last one. Concerning the Changjiang 750 together with our rims. These rims are sort of …lets say: special. Screwed together and not adjustable. According to Mr Zhang unbreakable and the perfect rim for a trip ahead of us. Yet I believe Mr Zhang does not have a lot of experience with these rims. In a “right curve” they scratch on the rear gearbox housing. Left curves are no problem. The solution form the workshop: a distance ring to keep the rim a little further away from the gearbox housing. Wonderfully simple, very Chinese solution I thought But what can I do? No distance ring will destroy the housing in a few hundred kilometres. Here how the housing looks like after 600 km: 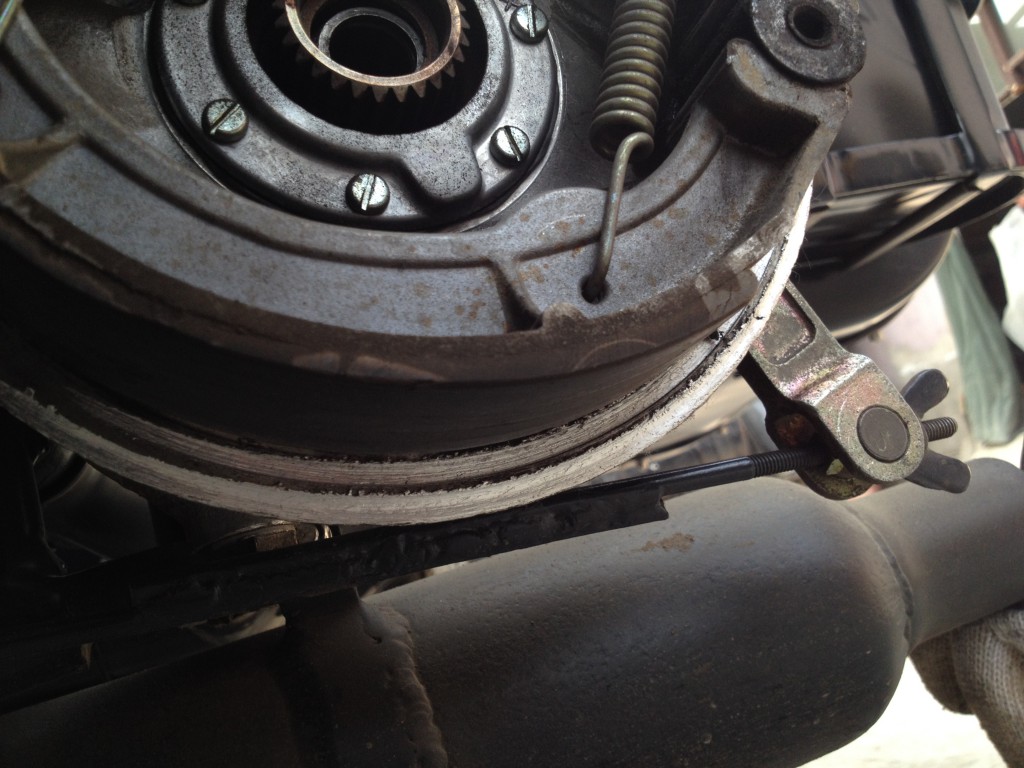 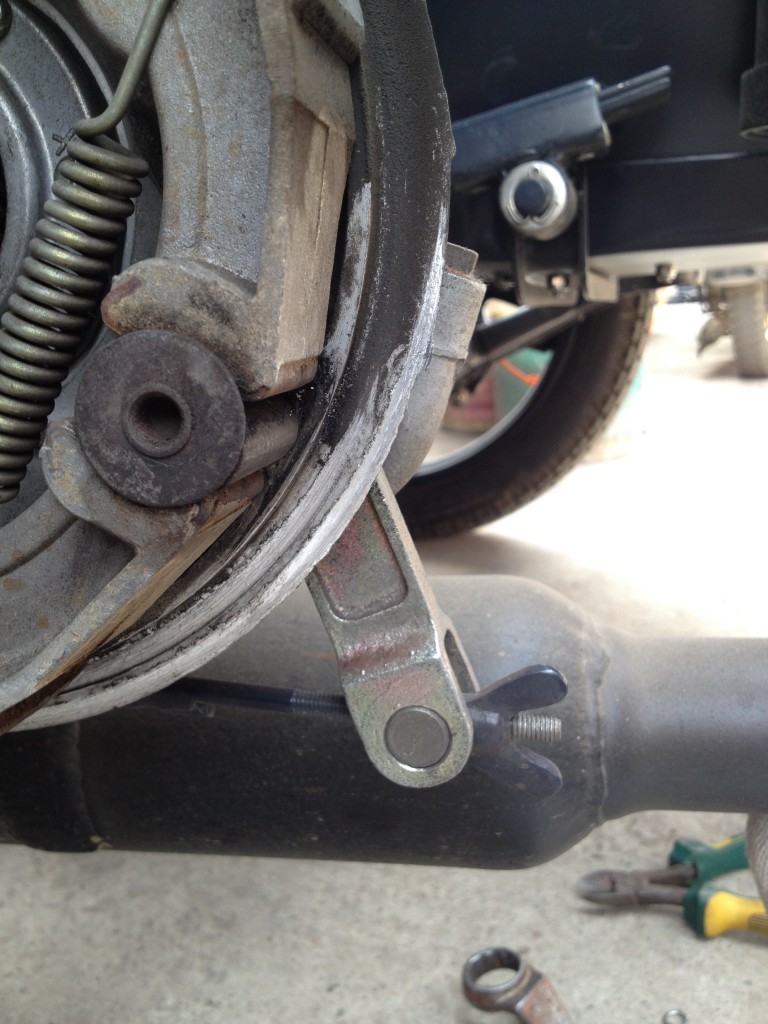 Very clearly visible the 2 deep scratches on the outside if the housing. This part covers the drum break from entering what is not supposed to be there. If this is missing, I guess I will change the break pads more often…

And yes, last but not least, I could not resist to take this picture. Maybe the next will be at 10.000km… 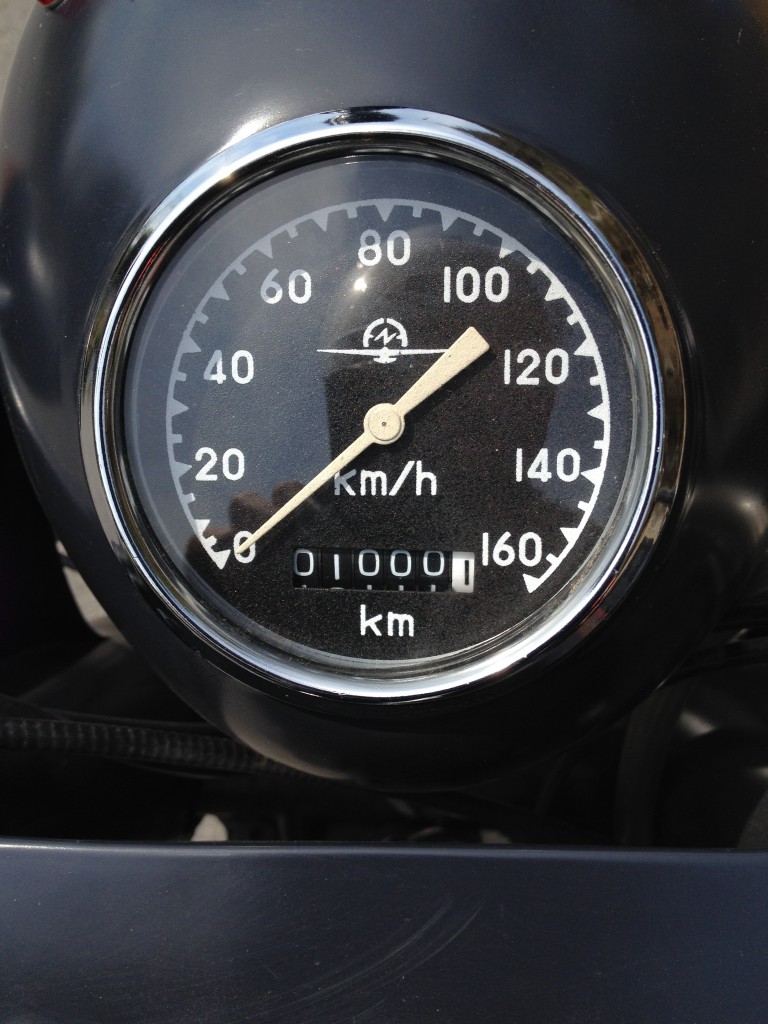