Yesterday [1. update: 19th May] at km 1.645 something interesting happened: We came home from a day in the city. Stop-and-go. In the evening using the light …and a lot of horn. Sweet Jesus, I love this air horn. People can actually hear me. 😀 However, we arrived at home, turned the machine off and left the light on. One minute later: suddenly all dark! Gosh, did the battery die? The next day I checked it and what happened was the last I could have imagined: The ignition switch broke!
Now I am wondering what other surprises I have to be prepared for. I hope I am wrong when I think: All the new parts will break, all the “original” parts will last.
…I hope I don’t need to update this article anymore!

[1. update: …so here is the update. After km 1.800 there was a strange metallic bang which didn’t worry me too much after I didn’t see any damage on the ChangJiang 750. Later I found that the rear wheel started to have a problem. We chose those wheels because they were supposed to me the most stable ones. That was a wrong believe.

Some days after this ‘bang’ I went to work and when going home in the evening there was a second bang followed by a very uneven rolling of the bike. Then I saw the problem: 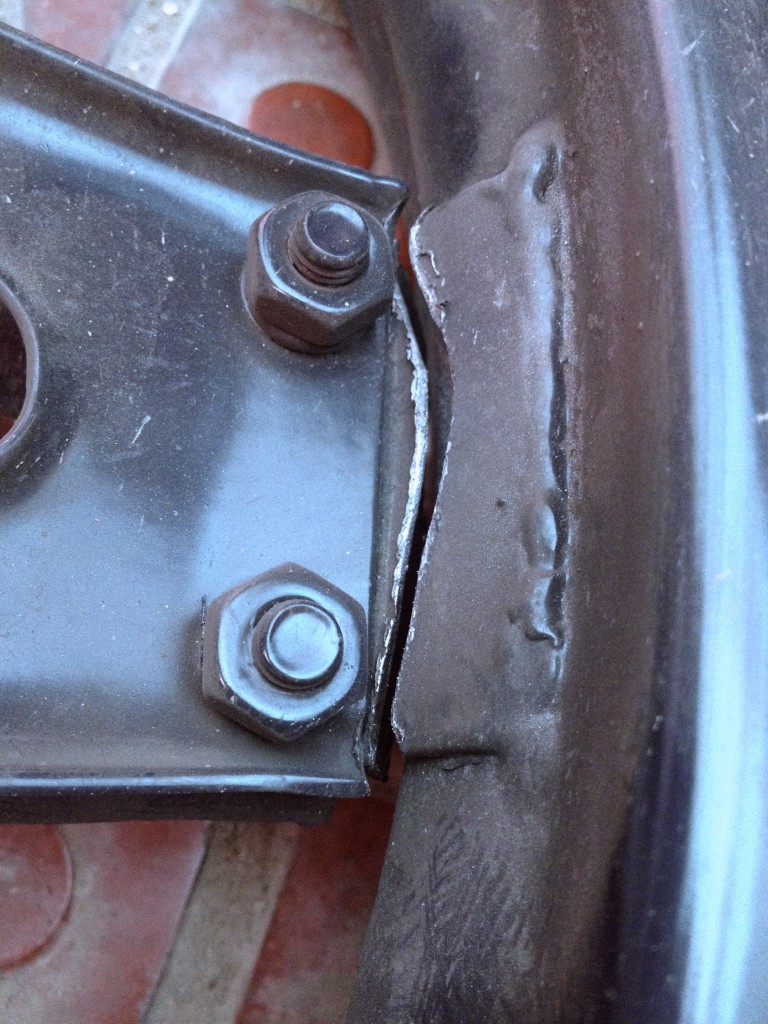 Our ChangJiang 750 steel wheel and its ruptured metal bend 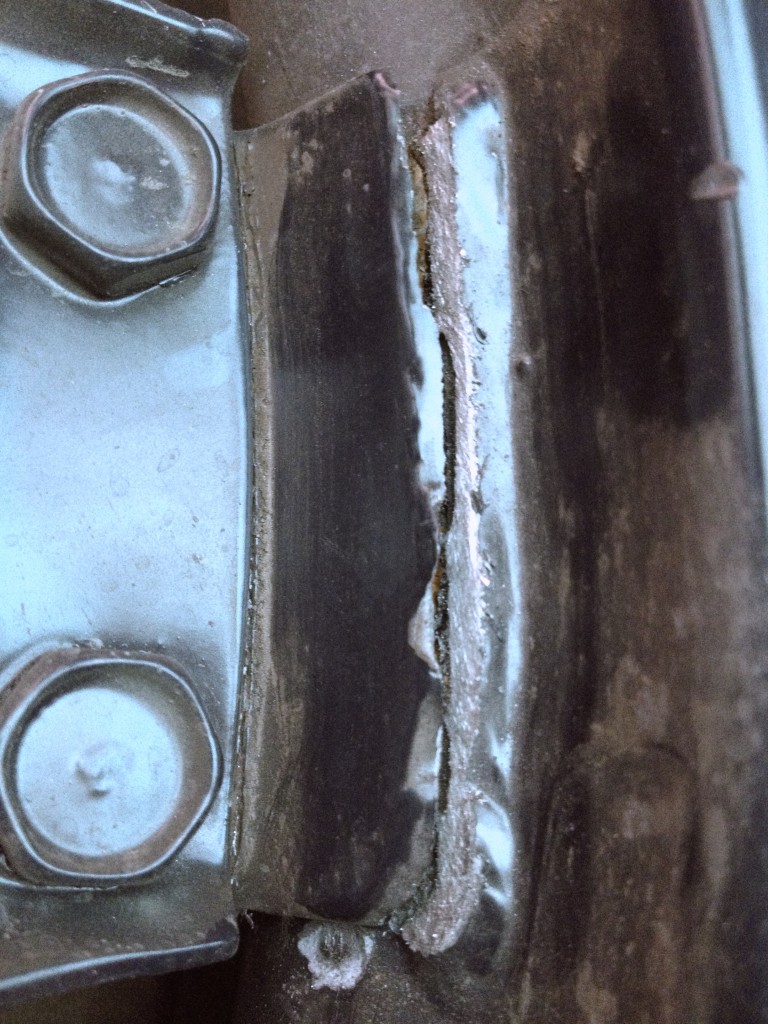 Our ChangJiang 750 steel wheel and its ruptured weld seam

Having faith in my luck I drove home. Very carefully and slowly. 20km later the wheel was completely loose, one screw was missing and all other screws were loose, too. I was indeed lucky that I made it home safely.

The next Morning I changed the wheel. The first time and therefore I needed quite some time. When I got the wheel out I was very surprised again about its excellent quality. Or in other words: I was surprised that I could still drive the bike home. The wheels annular gear was almost completely sheared off! 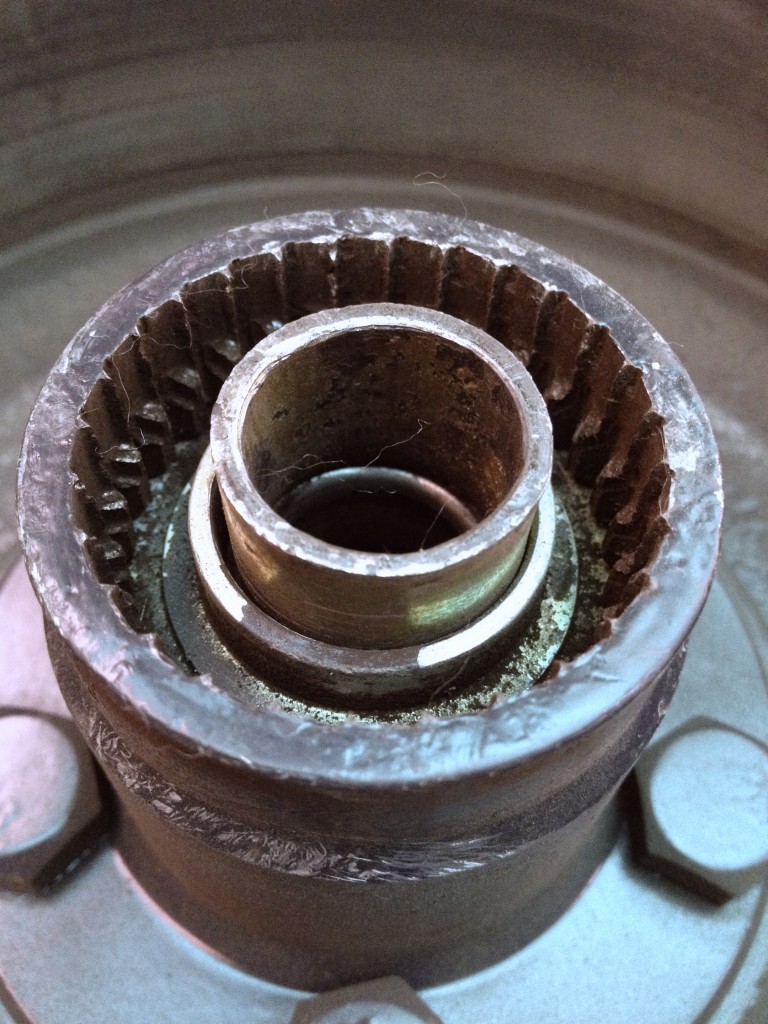 Our ChangJiang 750 steel wheel and its heavily damaged annular gear

On the other hand the gear box’s cog wheel was still in excellent conditions. That reminded me again on the fist class stability of this steel wheel. After less than 2.000km the wheel destructed itself. our plan is to go for about 40.000km. Therefore we would need 20 wheels… more than we can possibly carry with us.

We decided to try aluminium wheels. After we got the bike back we have been driving a little and I have to say, they go rounder, driving is more gliding now. I am very happy about that. But so far, I have only tried them on the paved road. I will have to try them in more rough conditions. Hopefully they hold better.

After some driving and overheating the engine once on a very hot day we thought, maybe the head gasket broke and we net back to the workshop. It turned out that the engine overheated because the ignition point was set wrongly and we changed the head gasket and the spark plug cables.

Since then our ChangJiang 750 runs like a charm. The engine is not so hot and feels much better. I was driving it alone and with 2 adults and 2 kids so far. All very nice and smooth. And as if we are not supposed to be happy now, this just happened:

The bike was parked in front of the subway station in the rural Beijing. In the non-parking zone. Ok, I admit that. The cop 006911 who approached wanted to give me trouble: 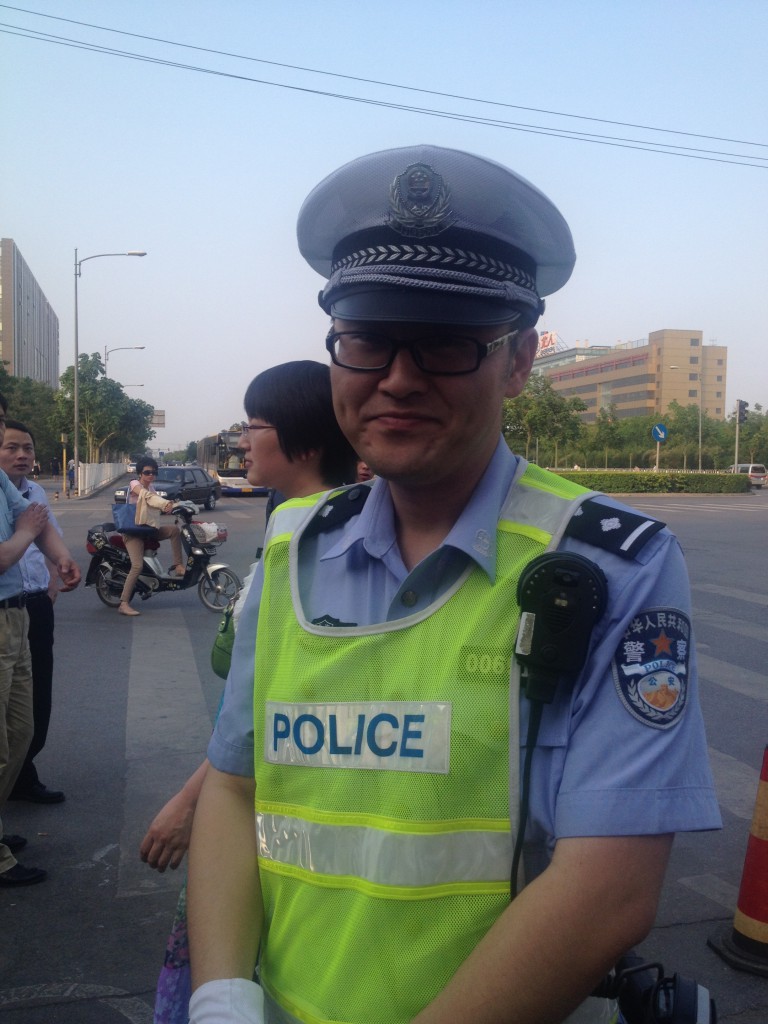 He knew that not everything was cool with the bikes papers. He smelled the rat. So instead of chasing me out of the non-parking zone, he made sure that our ChangJiang 750 was confiscated. After all a foreigner is easy prey. What can a foreigner say? “Hey, you cannot apply this law!”??? Who knows less about Chinese law than foreigners? And who understands less of what they are talking with each other? It is always the same… 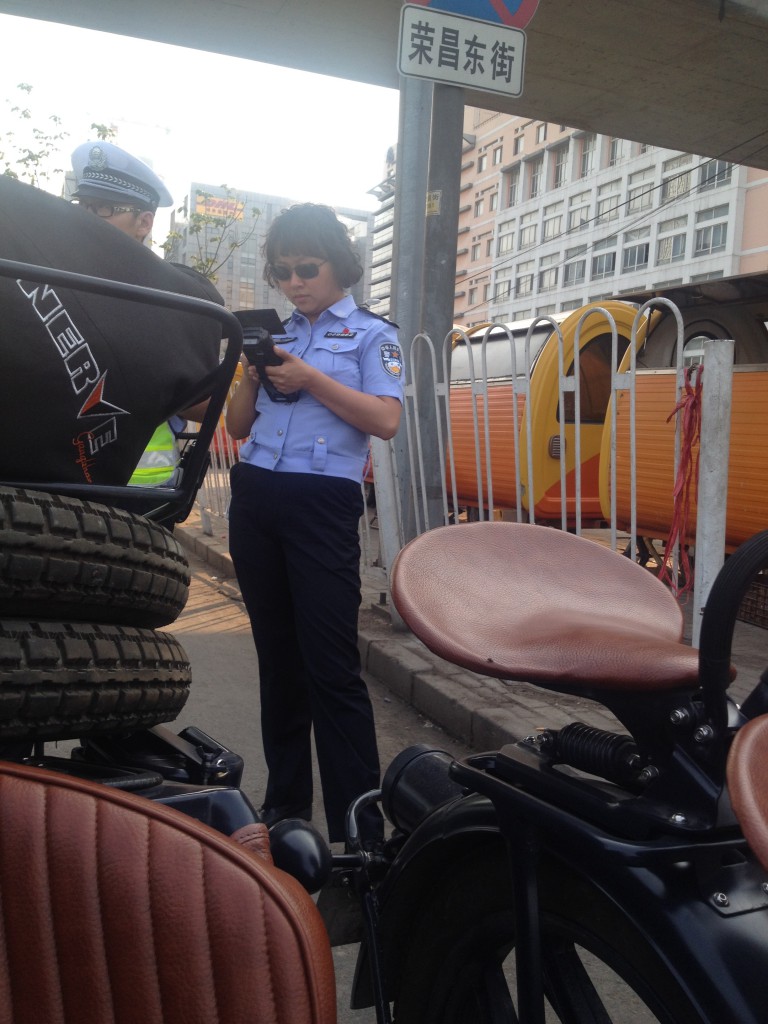 finally issued me a ticket. They were drooling for excitement and really hard to talk with. Of course they pretended not to speak any English …until I refused to speak and understand any Chinese anymore…

And just to make sure I would not escape or run away with the motorbike they invited a full bus of bored police men who probably didn’t have anything better to do either. So they came and watched the spectacle and secured the crime scene. 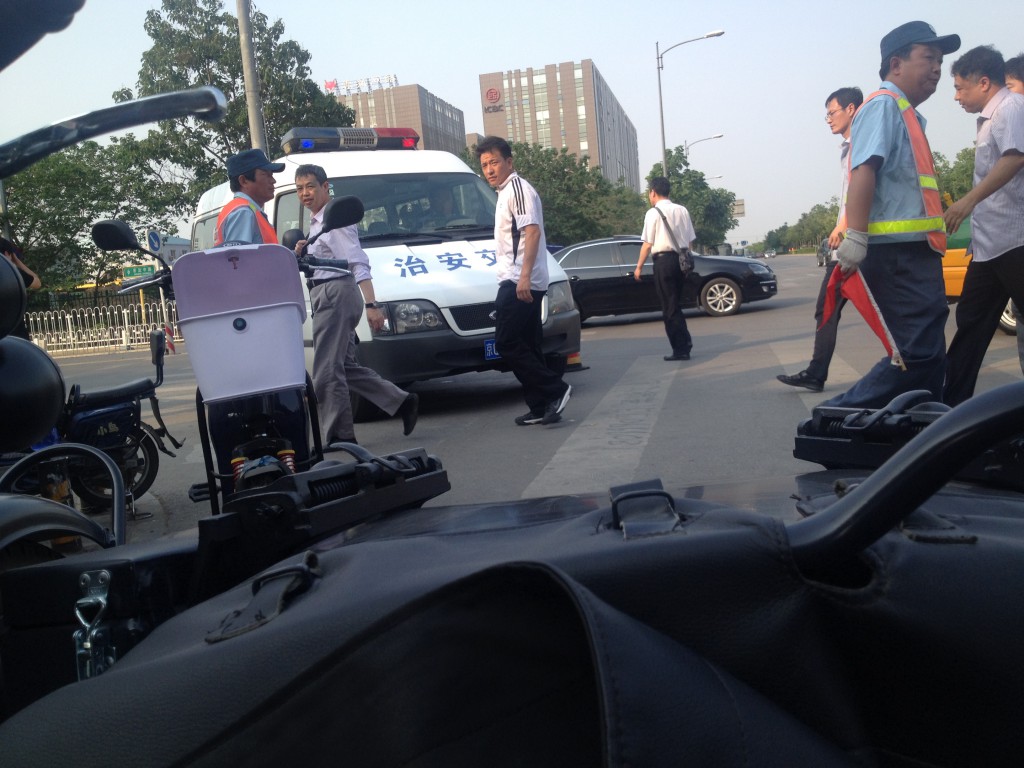 What we are doing now is investing as much time as possible to find connections in order to get our ChangJiang 750 back. From here we don’t have an idea if we get the bike back nor if we can still use it to drive on Chinese roads nor if we can leave China with it.